Very few blogs and online publishers seem to have picked up on Sun Machine – the mysterious project of an English guy name Tom. At the most basic level, “Save Your Sorrows” is a breezy, translucent track; psych-pop and dream-pop in equal amounts. With vocals not unlike Deerhunter’s Bradford Cox and heavily reverberated nostalgic textures similar to Wild Nothing, it’s a hypnotic, almost haunting experience, while remaining accessible and melodic. It’s the second of two tracks to be found on Sun Machine’s SoundCloud page, with “Save Your Sorrow” being the more patient and serene. The more energetic and faster paced “Come Down” is more straightforward in its nature, revolving around deceptively soothing guitar play that recalls the mood of late 80’s/early 90’s dream-pop with touches of shoegaze thrown into the pot.

Sun Machine’s music is an assured statement of talent. Whoever “Tom” might be, he possesses great amount of skill and boundless possibilities. I’ve heard a lot of new music released in the wake of what we could call a broad definition of “dream-pop revivalism”, but few debuts have been this immediately gratifying. Even more so; the more you listen to Sun Machine, the more rewarding it gets. Hopefully, we won’t be cheated of new material for long, but more importantly; I hope Sun Machine’s music will gradually meet a wider audience, as he rightfully deserves. 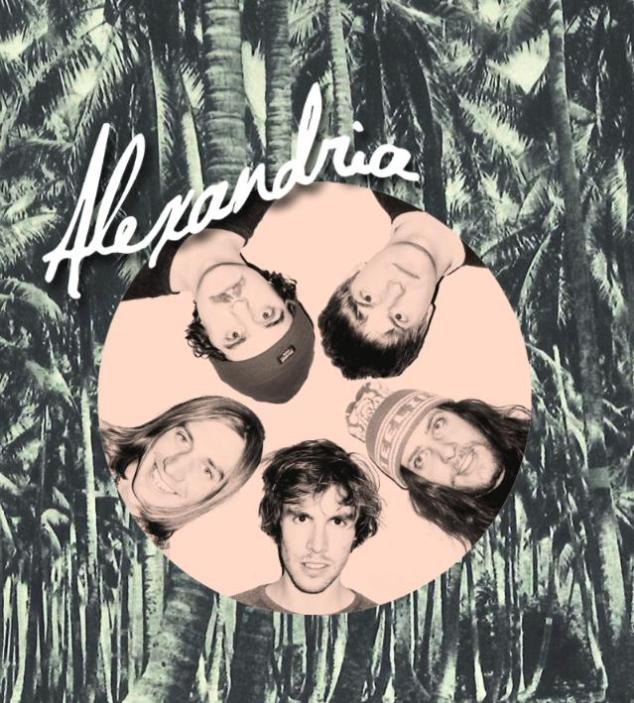 You may be forgiven for thinking that Alexandria is an Australian psych-rock band, or even for thinking “Whatever” is a lost Tame Impala tape, but actually it’s the creation of a talented Swedish five-piece. Swarms of phased and reverberated guitars take instantly hold of you, recalling a beautiful morph of Wild Nothing and the aforementioned Australian superstars, but without ever feeling like a shameless rip-off. It’s carried out with a clear understanding of how to build bright and colorful atmospheres while still clinching on to a sense of Scandinavian melancholy. And despite “Whatever” familiar sounds, it’s hard not to instantly fall in love with Alexandria. My promise is just one click away.

I largely brushed aside Hibou’s two-sided single Glow/Holow as yet another lo-fi dream-pop act channeling The Cure and sounding a lot like the earlier works of Beach Fossils, The Drums and Wild Nothing. But with a track like “Motion” taken from his debut EP Dunes, it’s hard to ignore the Craft Spells offspring Peter Michel’s beautiful guitar-driven melodies anymore. We’ve heard it all before but in the end it doesn’t matter – good music is good music.

Much like Beach Fossils’ Zachary Cole Smith managed to create something better and bolder with Diiv, it seems that Michel’s creativity floats freely without the constrains of his former (?) band members. And just like Diiv, Michel relies solely on the guitar to craft the backbone of his melodies. While much of Dunes plays out in similar way, “Motion” is the track that best encapsulates Hibou’s songwriting capacity. This is where Hibou rises above of being a fairly standard dream-pop act and plays with our imagination of the possibilities that might lie ahead for Michel (who’s only 19). “Motion” and most of Dunes reveals an artist with the potential of becoming an excellent musician, but only if he can find a way of directing his songwriting into something more imaginative and creative.

Beach Fossils, Wild Nothing and other similar acts have largely moved on with their sound or even vanished, but for now Hibou does an excellent job of breathing life into a genre that is gradually fading before our eyes.

END_OF_DOCUMENT_TOKEN_TO_BE_REPLACED 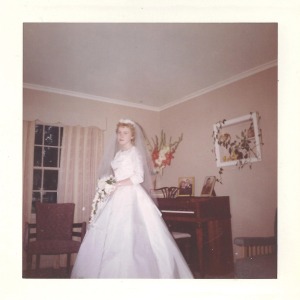 END_OF_DOCUMENT_TOKEN_TO_BE_REPLACED

We’ve featured a lot of Australian bands of late so why stop now? With summer right around the corner, there’s no place more suited for breezy sun-lit pop than the summer-all-year-long land of down under. While there might not be anything new under the sun, there is certainly a lot of sunshine in Goldsmith’s music. This is music perfectly suited for long drives during scorching summer days, with a lot of catchy watery and sunny references to sing along to (“You been swimming against the tide” or “In the summer I’ll be there” and so on).

Goldsmith has so far only released two songs, but both are a show-off in refined gloss-pop, draped in harmonious textures of vintage synthesizers.  If the lo-fi sound of Ariel Pink or Wild Nothing is your thing than Goldsmith’s home-style recording of “Backbone” and “White Flamingo” should fit you like a glove. This is music rooted in a different era but still very much part of now. Lo-fi might not be as fashionable as a few years back, but when you get songs that are this infectious and melodious then it hardly matters. Just listen to the beautiful lonesome guitar solo midway through of “White Flamingo”; this is a band clearly very good at what they’re doing and we for one certainly would like to hear a lot more from them.  Listen to both tracks below.

As we stated in our feature of Saskatchewan’s excellent ”Possession”, this is a band that knows how to churn out nostalgia-drenched indie pop with clear focus on atmospheric harmonies. Their latest release titled “Young Ministry” is no different; perhaps a bit more guitar-driven and faster in paste, it revisit the grand old 80’s with a The Cure/early-New Order like ambiance, echoing Wild Nothings wonderful debut Gemini. It might take a couple of listens, but once you get there it should clear that this is their best effort yet. They keep seemingly getting better and better at what they do, setting up for an interesting full-length debut. They might not be original, emulating the sound of bands like Real Estate, Beach Fossils, Craft Spells, The Drums and Wild Nothing, but at the moment there is no one that does it better.

We know a little bit more about them this time around; based in Orlando, Saskatchewan originated out of the one-man project of the multi-talented Chandler Strangs, but has over time grown into a fully formed band, touring extensively with a hailed performance at this year’s SXSW under their belt. Their debut Occasion is out on April 30th via Father Daughter Records.

Jack Tatum is a prolific artist, churning out between-album EP’s of great quality and substantial length. 2010 years 6-track EP Golden Haze was just as good as anything on his debut, and in less than a month he is set to release yet another EP with fresh material.  According Tatum, the EP is the result of some serious soul searching following the extensive touring of his last album. He struggled to come to terms what it meant to be a musician, playing the same songs night after night before faced with boredom after the touring finished. This is an EP where he found himself exploring new grounds, not restrained or held back by anything. This is also the product of hours spent listening to David Bowie and Brian Eno, clearly perceptible on the first teaser, “A Dancing Shell”.  It’s Station to Station-era Bowie mixed with early 80’s Talking Heads. Stylistically it’s also a bit of a return to the washed-out lo-fi sounding production of his debut. Wonderful stuff. 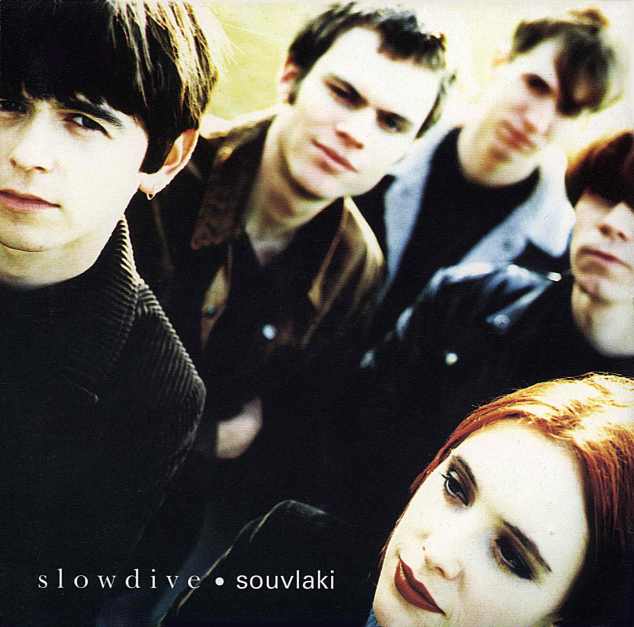 Dream-pop/shoegaze has celebrated its revival for quite a while now. Nowadays it’s more often than not a one piece bedroom project disguised as a band using layers and layers of computerized effects, rather than a band-effort with analog distortion techniques like it was manifested during the heydays of the genre. There is a never-ending list of acts that in various creative ways imitate or are inspired by the sound and architecture of the initial shoegaze movement; Washed Out, The Antlers, Beach House, Wild Nothing, DIIV – and now about a week ago we’ve seen the return of My Bloody Valentine, possibly the most celebrated bandof the genre. Consequently it seems appropriate to continue celebrating the woozy guitar-pop of the early 90’s by honoring a band that created some of the most enduring music of that time, or any time for that matter.

Slowdive’s music has stood the test of time, sounding just as incredible today as 20 or so years ago. The peak of their career was the release of Souvlaki, a record that never got the appropriate recognition upon its initial arrival, but became with time possibly the most enduring evidence of genre. It might not be as creative and revolutionary as MBV’s Loveless, but sound today as the most relevant testament of the era. The sheer abundance of beauty straight across the album makes it nearly impossible to choose the appropriate songs to introduce for someone who’s unacquainted. Opener “Alison” is probably most recognized song on Souvlaki, but the album requires an unabridged listening experience, including the bonus discs cover of “Some Velvet Morning” and the non-album single “So Tired”. Souvlaki’s greatest legacy is surely it’s beautiful woozy guitars, unheard of in the vast catalogue of dream-pop acts. It has inspired and will continue to inspire artist and guitarists in a way that few records have done.