Jay Rock has been mysteriously silent since his debut album Follow Me Home came out in 2011. Well, not absent in a literal sense, since his domination at guest-features on songs like ‘Black Lip Bastard’ and ‘Money Trees’ has solidified him as one of the best guest rappers in the game. Ever since TDE’s rise he’s relegated himself to this role, despite being one of the original members of the label. He’s finally back at it with ‘Pray For It,’ featuring Kendrick Lamar. As per typical, Rock and Lamar focus on their place in the game and in the streets. Lamar’s place in the middle of the song provide a nice switch-up to Rock’s one-dimensional flows. The chorus, sung beautifully by Chantal, elaborates nicely the words of Rock in simplier terms. The inclusion of light drums incorporating themselves during the chorus, and outro along with swaying violins, helps distinguish the atmosphere of gritty street life with shades of sadness thrown in. Jay Rock’s album, currently untitled, should be released by the end of the year. 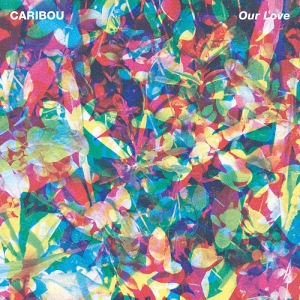 END_OF_DOCUMENT_TOKEN_TO_BE_REPLACED

A$AP Rocky’s past year and a half has been a rocky one (pun intended). First LongLiveA$AP, the rapper’s debut, leaked a month before its release, at the tail end of 2012 despite the due date appearing in January of 2013, which left a stale taste in many mouths by the time the record actually hit shelves. Then he fell from the spotlight, only to reappear with a poorly delivered and accepted video for his instrumental tape. Next any and all potential albums coming from the A$AP Mob have been indefinitely put on hold. His spiral seems to end today however with ‘Multiply’, a roucus track that pulls all his influences together, from Three 6 Mafia quotes, to his southern hop flow, to prototypical A$AP trap. Rocky oblierates all his verses here, switching up his flows on a dime, bouncing off the beat with ease like none other. The initial beat, loud and direct, switches halfway through, and while a little choppy in the execution, the alarm keeps listeners intrigued before pulling yet another banger of a beat out of the bag. ‘Multiply’ quickly puts Rocky and the Mob back on the map for now.

END_OF_DOCUMENT_TOKEN_TO_BE_REPLACED 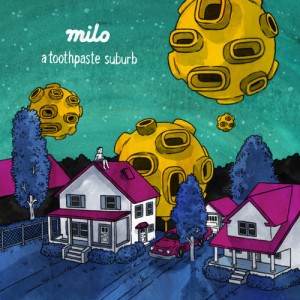 END_OF_DOCUMENT_TOKEN_TO_BE_REPLACED

Audio
Its been nearly 5 years since one of Hip-Hop most under-appreciated releases stormed through the underground. Fashawn’s Boy Meets World was a captivating release that told the story of a child growing up in the projects, not from a nostalgic look at the past, but acting in the present, as a child witnessing the truth of the world, i.e. boy meets world. And then, Fashawn vanished with few releases to his name to follow. Even his sophomore album, The Ecology, was announced years ago only to be met by silence. However, his long-awaited return may soon be upon us, as “Golden State Of Mind” bears listeners with their first taste of his new project. Here Fashawn reflects on his city and his culture with bright bubbling production, a strong facet of his debut album’s allure, helmed entirely by Exile on the boards. The Fresno-born rapper has the ability to see the positive in things, not negating his city, filled with gangs, violence, and prostitution, for all the bad that encompass it, but to emphasis the good. Dom Kennedy joins him here, along with a female-accompanied chorus that cheers along his “Golden State of mind.” The Ecology is set to release in 2015.
Audio

Mark my words, following Chief Keef and Chance The Rapper, Mick Jenkins will be the next big thing to come out of Chicago. He holds within his repertoire the ability to vocally sound like Keef’s twisted drill scene and Chance’s bright jazz-fusion at the same time, adding a sense of cohesion to his entire work. His latest release, The Water[s], revolved around the theme of water, not just lyrically but sonically as well, with mellowed grooves and drowning bass that resembled a sense-reducing fall into the abyss. His newest track ‘Rain’ carries on this same theme. Utilizing Ann Peebles’ ‘I Can’t Stand The Rain’ as the foundation, mimicking its style and chorus, Mick effortlessly glides over his two verses detailing the people in his city succumbing to the rain. No one cries in the South Side, for if they do they’ll blame it on the rain. Kaytranada’s production, complete with added drums and gleaming flutes, parades across the track, with humble beginnings in the quiet riff of Peebles’ song. Jenkins’ latest single adds to the allure of his persona, a man obsessed over water, Hip-Hop’s cleansing savior that they all choose to ignore.