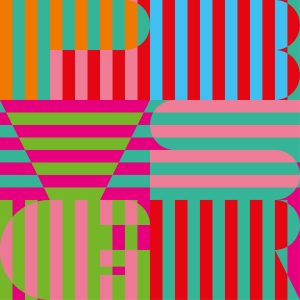 Coming hot off the heels of Flying Lotus’ You’re Dead!, Panda Bear’s latest takes a direct, face-to-face approach to death musically, as the rising curiosity of the afterlife in life itself begins to seep into various musician’s works. Both albums strive off a perceived look into death using instrumentation as the greatest source of inspiration, rather than the lyrics themselves. Panda Bear’s psychedelic shtick matches well with FlyLo’s Jazz & Hip-Hop fusion, both long curated perfectionists at their own craft. However, as each become more and more refined in their respective genres, it’s quite clear the latter is far more compatible to the subject of death, as Flying Lotus’ wide-ranging talents and necessity of eccentric tendencies benefit the uncertainty of death itself. The voice of Noah Lennox is, and always will be, far better suited to Animal Collective’s nonsensical lyrics, rather than the heavy-handed subject matter he aims to tackle. Panda Bear Meets The Grim Reaper continues on the sounds, styles, and structures of his last effort, Tomboy, and, rather than expanding upon his influences or incorporating the skimpish feelings of life itself he chose to relish in his palate, muddling his message to a gargled misinterpretation, or lack thereof, of what happens when we all perish.

This isn’t to say the music isn’t forthcoming with more of Mr.Noah’s lush, vivid soundscapes. Take the track aptly named after himself. It’s the album’s lead single, and the definitive centerpiece to his work thus far. ‘Mr.Noah’ is a brilliant mosaic in gnarled, Psychedelic Pop, with Lennox’s stylized metallic set pieces being crushed, twisted, and warped into a crunchy mess of bass, drums, and synths that somehow form a coherent beat. As is the case with much of Animal Collective’s work, Panda Bear’s solo material thrives off depth, in this case the wailing dog, abundantly present as a reminder to one’s initial stages of death. The song doubles as a pompous romp into Panda Bear’s fickle ability to master melody, catchy without a preconceived belief to hold one’s bearings, loosely formatted, accompanied by a “aw man” every time it abruptly ends. This untethered bounce carries through to ‘Crossroads’ however, a definitive showcase of Lennox’s skills as a tastemaker for his own concoctions. A robotic voice acts as a stand-in beat-boxer comprised of a handful of preset gurgles that masterfully come together in the closing moments. It’s spots like these that lure new-comers and entice old-timers into returning to Panda Bear’s nightmarish escapade.

In reality, the largest contributor to Reaper’s missteps is the Reaper himself, the subject of the album, entirely present, but misrepresented in nearly all aspects. See, if one were to go into this album without knowing the title itself, PBVTGR would be null and void, expressionistic art without a coherent purpose. That isn’t to say the lyrical content isn’t here, it is and represented in large numbers, it’s just that, without an empathetic lead or common aggregator, the heavy-handed subject of death surrounding Noah Lennox becomes entirely detached and impossibly dry. The voice of Lennox, while unquestionably his own, suffers from setbacks with regards to his ability to display a range of emotions, muffling everything to a constant, unwavering level. In dire times, a five-step reconciliation period is present in almost every human, and, titling his album so defiantly, one would expect Lennox too, and yet here it seems he lacks no remorse, shows no anger, and presents no internal conflict. His stint with the Grim Reaper doesn’t even show disdain, rather it comes off like another trip to the grocery store, a palate dried out on Tomboy that hasn’t fluctuated even with the lingering side effects present in his life that appear, at least content-wise, to encompass it.

The unfortunate side of things is that at times you can see Lennox’s wantingness to break free of his own constrains. His music has become so embossed that any attempt at free will will shatter the entire thing to pieces. The closest he comes to this is on the pivotal change to ‘Tropic Of Cancer.’ The deconstruction of his synthetic soundscapes surmising the final minute of ‘Come To Your Senses’ show a tremendous promise for a significant change, and the opening trumpets on ‘Cancer’, signaling the funeral of a loved one, perpetuates this hope for emotive dissidence. The song itself is glorious in its simplicity, a cascading piano melody carries the track, with nothing to hold it down, its wings finally float freely as it ascends to the heavens. Everything Noah has is poured in here, as if the puppet strings holding him into dense, synth-laced constructs teased him into feeling something for six minutes, his soft sighs fading towards the end the most human thing he’s allowed to show. And while ‘Lonely Wanderer’ grasps to these human melodies, the robotic gestures begin to slither back inwards, before consuming the rest of the album, along with Panda Bear’s fleeting attachments to feeling, the sad realization that our tease of Lennox’s emotions served as the sole bearer to his heart.

Take from Reaper what you will, but at its core is the re-hashing of tired concepts of an artist fearful to expand past his created limitations. The promise of something more grand, the initial statement declared by the title, was met with a few distant glimpses at death itself, told by a unalarmed, perfectly content singer who tells everyone he fears the afterlife without actually showing it. His run-ins certainly call for it, from the death of his beloved dog, talked about way back on ‘Derek’ in 2009, to the passing of his father to cancer, told through ‘Bros’ in the same year. But for the casual listener not intent on seeking Panda Bear’s vision of the future one can find solace in a assortment of tunes blessed with Lennox’s touch behind the boards, capable of creating lucid collage’s delicately trimmed, molded, and plastered into the style he so chooses to define by. Tracks like ‘Boys Latin’ and ‘Selfish Gene’ extenuate his talents and tweak the loose-ends to engineer well-crafted Pop jams for the artsy listener. No matter the gloss, nor the glamor that Lennox applies to his work no amount of sonic layering can mask the barren heart trapped within, as the etched tracing of what was once there remain intact, but the remnants of its destruction conspicuously absent.